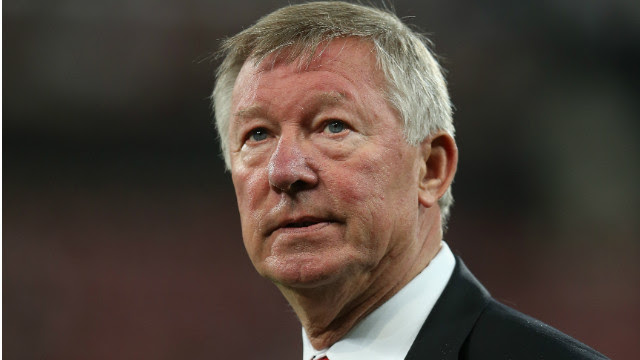 Alex Ferguson has defended the Premier League referee at the center of a racism row, saying Chelsea's allegations are "unthinkable."

Ferguson, one of football's most venerated and decorated figures, insists he does not believe claims that Mark Clattenburg used "inappropriate language" towards Chelsea's Nigerian midfielder John Obi Mikel during Manchester United's 3-2 win at Stamford Bridge on Sunday.
While both the police and Football Association have launched an investigation into the alleged incident, Ferguson has stepped in to defend the match official, who has been stood down from duty pending the inquiries.
"I don't believe Mark Clattenburg would make any comments like that. I refuse to believe it," Ferguson told reporters ahead of United's game against Arsenal on Saturday.
"I think it is unthinkable in the modern climate. I just don't believe it -- simple as that. I've never had a
"The way we see the game today rather than how it was 25 years ago, it has completely changed.
"I played myself and I know that the banter which went on between referees and players 25 years ago is different to today.
"There is no way a referee would stoop to that, I am convinced of that."
Police to investigate 'racist' referee in Chelsea case
Chelsea manager Roberto Di Matteo, whose side takes on Swansea on Saturday, refused to become embroiled in a war of words with Ferguson.
"It's a free country and everybody can say what they want," the Italian told reporters. "He likes to talk about other clubs. We tend not to."
Police launch hunt for 'racist' Chelsea fan
Meanwhile, the Chelsea fan who allegedly made racist gestures at United's Danny Welbeck during Wednesday's League Cup tie has been named as 28-year-old Gavin Kirkham from the county of Hertfordshire, north of London.
Kirkham was photographed making a "monkey" action towards Welbeck, triggering another police investigation.
Chelsea has already vowed to crack down on any acts of racism and Di Matteo insists the London club is determined to eradicate the problem.
"I always said that we are against any form of discrimination," he said.
"We will support anyone who is fighting that. That's our position and my personal belief as well.
"The fact that these incidents are happening give a lot of media exposure and makes people aware that we have to fight maybe a little more strongly than perhaps we thought.
"Everyone has to be involved in this process to eradicate it from the sport and life in general."player come to me in the last 15 years and say a referee swore in a game -- ever.
Posted by Ambang Crystal at 16:17