Syrian president vows to 'live and die' in Syria, warns against foreign invasion 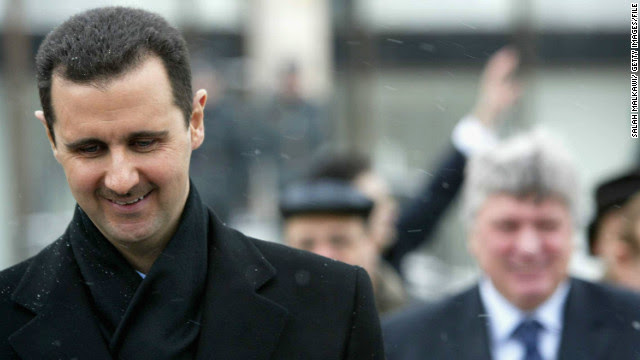 Syrian President Bashar al-Assad insists he will "live and die" in Syria, even as countries offer him safe passage in exchange for halting a gruesome civil war.

"I'm not a puppet, and I was not made by the West to go to the West or to any other country," he told Russia Today TV. "I am Syrian. I was made in Syria and to live and die in Syria."
He also made an ominous threat against foreign intervention, saying it would have a "domino impact" on the world.
"I think that the cost of foreign invasion of Syria, if it happened, would be greater than one that the whole world can afford," he told Russia Today. "Because if there were problems in Syria, particularly as we are the last bastion of secularism, stability and coexistence in the region, it will have a domino impact that will affect the world from the Atlantic Ocean to the Pacific Ocean. 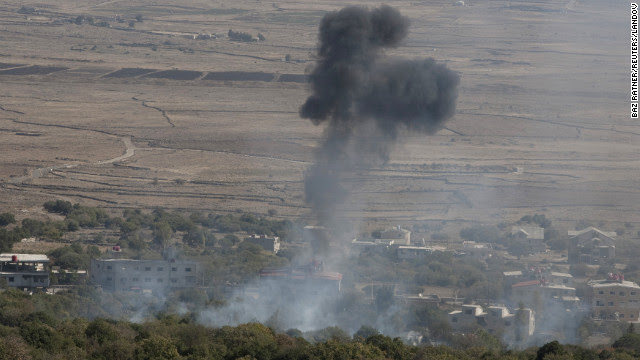 On the run with rebels in Syria
"And you know its implications on the rest of the world. I do not think that the West is moving in this direction, but if they do, no one can predict what will happen after."
Al-Assad's comments came after British Prime Minister David Cameron broached the idea of giving him "safe passage" if that's what it takes to stop the bloodshed in Syria.
Posted by Ambang Crystal at 23:15