Which smartphone system is right for you? 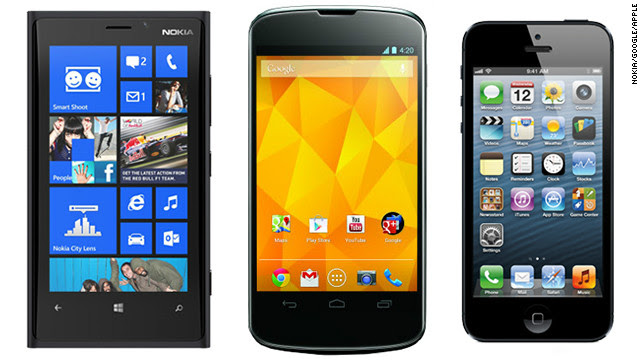 A dizzying number of smartphones is now available in the United States. Picking one is a big commitment, especially when you're signing up for a two-year wireless contract.

There are multiple factors to consider when picking a new phone, such as the carrier, your budget, hardware and the operating system.
Apple, Google and Microsoft each has its own mobile operating systems and ecosystems -- iOS, Android and Windows Phone, respectively -- and they've all been updated in the last year. The three rivals will be going head to head on shiny new handsets this holiday season.
We spent a week or so playing with new phones running these systems to see how they stack up. (For now, we're skipping other struggling smartphone platforms, BlackBerry and Symbian, even though they are more popular globally than Windows Phone. Both are quickly losing market share, although BlackBerry could bounce back when it releases its new smartphone OS, Blackberry 10, in 2013.)
Posted by Ambang Crystal at 23:34