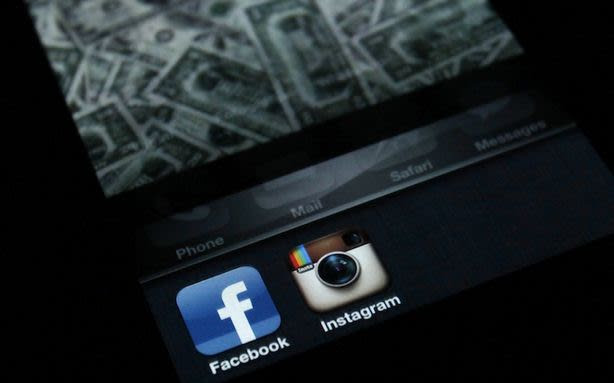 For Instagram, there's good news and there's bad news about theclass action lawsuit just filed against them. Bad news first: Somebody just filed a class action lawsuit. Good news: the lawyers from Instagram's parent company, Facebook, have plenty of practice getting rid of these pesky things. That might explain why they're so dismissive about the legal inconvenience a group of disgruntled Instagram users left under its tree this year. "We believe this complaint is without merit and we will fight it vigorously," says Facebook spokesman Andrew Nusca. It'll obviously take more than the half-hearted apology Instagram CEO and co-founder Kevin Systrom made at the end of last week.
RELATED: It's Time to Accept the Existence of a Social Media Bubble
The lawsuit's complaint is somewhat understandable. If you've so much as heard the word "Instagram" you've heard about how much their new terms of service stink. In it, the company declared that it "may share User Content and your information (including but not limited to, information from cookies, log files, device identifiers, location data, and usage data)" with Facebook, its subsidiaries and its "affiliates." Instagram users understood this to mean that Instagram could sell their photos to advertisers, though Systrom pushed back at that in his blog post when he more or less said that the company would revert to its old terms of service. "We don't own your photos – you do," he said.
RELATED: And the Actual Retail Price for Instagram Is...


Instagram kept three key new details in place, though. One, the company maintained the ability to serve ads in your feed. Two, it said "that we may not always identify paid services, sponsored content, or commercial communications as such." Lastly, it left in place the mandatory arbitration clause that it added with the new terms of service, forcing users to waive their right to participate in class action lawsuit. That obviously didn't discourage this group of plaintiffs who said in the lawsuit that "Instagram declares that 'possession is nine-tenths of the law and if you don't like it, you can't stop us.'"
RELATED: Mark Zuckerberg Disappears from Google+ Due to Privacy Settings
No big deal. Instagram is a part of Facebook now, and Facebook has dealt with class action lawsuits before. Just seven months ago, it got slammed with a $15 billion class action suit from users who said that the social network was "improperly tracking the internet use of its members even after they logged out of their accounts." They haven't settled yet, but if it winds up anything like the class action lawsuit over the Beacon advertising program a few years ago, it could take years to resolve and could cost Facebook millions. With some good lawyering, though, this latest lawsuit won't cost as many millions as it could. But Instagram will never be the same.
Posted by Ambang Crystal at 12:33