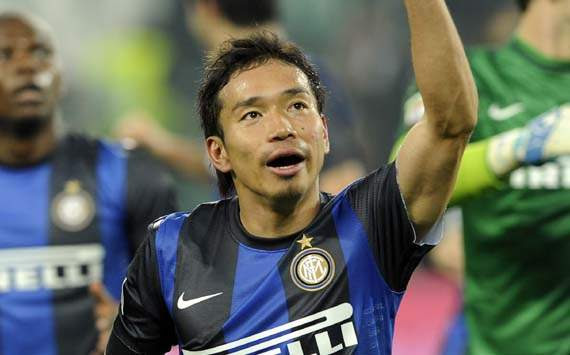 Yuto Nagatomo believes Inter trail Juventus in the Serie A table because of their inability to win "easier games".
The Bianconeri top Serie A with 44 points from 18 games, while the Nerazzurri - who had a rocky start to the campaign - are lagging nine points off the lead in fourth, with Lazio and Fiorentina also ahead of them.
The Japan full-back told ANSA: "I think Juventus are very good in the easier games, whereas we've lost a few points in those. Our squad is still a work in progress, but we have huge potential."


Nagatomo, who arrived at the Giuseppe Meazza in 2011, also spoke about summer signing Antonio Cassano and claimed he has "never met anyone like him".
He then revealed Inter’s 3-1 win at Juventus earlier this season, which ended the reigning champions' 49-game unbeaten run in Serie A, is the highlight of his time at the club to date.
Posted by Ambang Crystal at 18:17