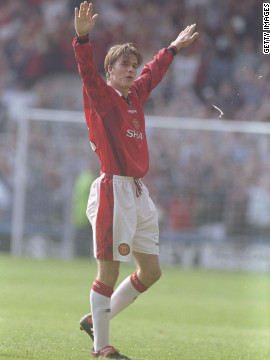 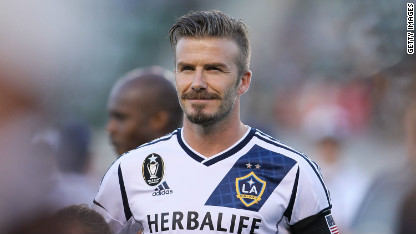 The famed English midfielder joined the Galaxy in 2007, raising the profile of Major League Soccer in the United States and helped lead the team to the league title in 2011. Monday's announcement comes 10 months after he signed a new two-year contract with the team, turning his back on a number of offers from leading European clubs.
The statement gave no indication where Beckham was headed, but in a statement released by the team, he said he "wanted to experience one last challenge before the end of my playing career."

Rogge: Beckham omission 'law of sport'
"I don't see this as the end of my relationship with the league as my ambition is to be part of the ownership structure in the future," he added.
Beckham has played six seasons with Los Angeles. The team played in the MLS playoffs four times during his tenure and reached the league title game three times, including the upcoming rematch against the Houston Dynamo.
The 37-year-old had a celebrated career playing for Manchester United and Real Madrid and captained the England national team before coming to America. He sought a spot on the British Olympic football team this year, but failed to make the cut.
He has been a global icon of the sport for years, inspiring the 2002 movie "Bend It Like Beckham." He's also been a hot item off the field as a model and as the husband of former Spice Girls singer and fashionista Victoria Beckham. He is also a UNICEF ambassador.
"When David Beckham signed with the LA Galaxy in 2007, he set out to help grow MLS and the sport of soccer in North America," MLS Commissioner Don Garber said in the statement announcing Beckham's departure. "There is no doubt that MLS is far more popular and important here and abroad than it was when he arrived."
Posted by Ambang Crystal at 23:26