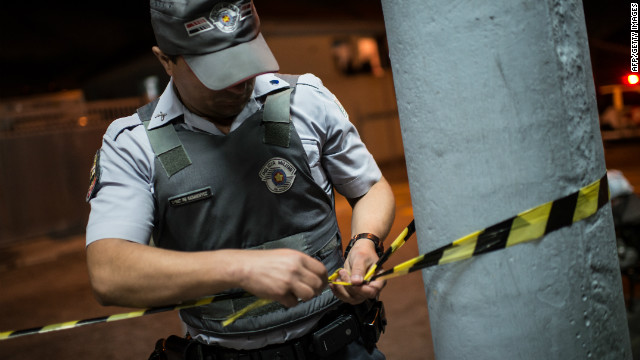 Brazil is hoping to make the 2014 World Cup "one of the most protected sports events in history," the government said on Wednesday as it announced a $900 million investment in its security forces.

It plans to have one police officer for every 50 people attending the soccer matches, and one for every 80 people at public viewing events around the country.
"The government has made a program to compile the measures needed for everyone's security. This is an item that we face with much importance," said sports minister Aldo Rebelo.
World football's ruling body FIFA has expressed concerns about Brazil's increasing crime rate, particularly in Sao Paulo, as well as worries that the South American nation's infrastructure is behind schedule.
"We are seeing a big wave of crime in Sao Paulo, which is not good for its image or tourism," FIFA general secretary Jerome Valcke said last month.
Brazil's 'sugar seats' solution
Rebelo said the issues are being addressed.
"The Sao Paulo government adopted measures and responses for security together with the federal government, who offered help. The actions are being adopted together for the World Cup," he said.
Valcke made few friends in Brazil earlier this year when he criticized the lack of progress being made in providing sufficient hotels and transport facilities, and was forced to apologize.
He said last month that the problems remain, but acknowledged that steps are being taken.
"In one unnamed city there are 17,000 hotel bedrooms and a 45,000 capacity stadium," said Valcke, suggesting that tourists may struggle to find accommodation. "But we have now moved from talking about the problems to talking about the solutions."
Brazil gang's slaughter of police sparks fightback
The Brazil World Cup bid team has increased its security budget as the country prepares to host the tournament for the first time since 1950, as well as next year's precursor Confederations Cup and the 2016 Summer Olympics.
It is investing in hi-tech vehicles, helicopters and surveillance equipment, with the $900 million to be spent coming from a wider $15 billion budget for infrastructure.
"Security has become an ever-increasing issue for major sporting events in the past decade," the World Cup organizers said in a statement.
"This has increased the level of information exchange between countries that have recently hosted events to ensure public safety." 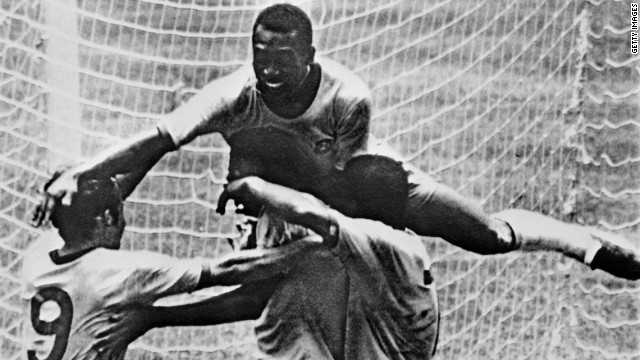 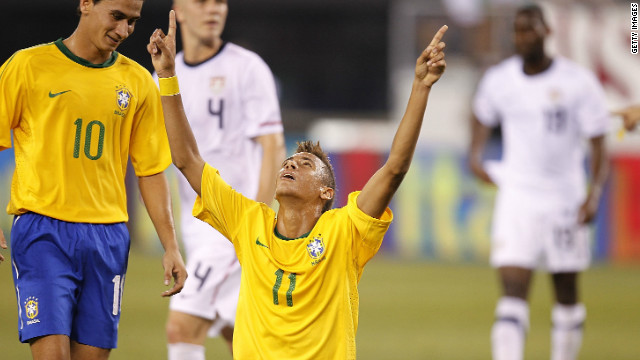 Samba star Neymar
Going green with 'sugar seats'
The last World Cup was held in South Africa, another country with crime problems. Its government said it invested 640 million rand ($70 million) to deploy 31,000 police officials during the tournament.
It set aside a total budget of R1.3 billion ($150 million) for security, and said after the 2010 event it had spent R572 million ($65 million) on crowd control equipment, crime scene trainers, helicopters, water cannons, new body armor and 100 BMWs for highway patrol.
More recently, the British government budgeted £553 million ($890 million) on security for the London 2012 Olympics, plus £475 million ($760 million) for army, security services and police spending. It caused outrage with plans to put anti-terrorist rocket launchers on the roofs of civilian homes.
London 2012 organizers were forced to bring in armed forces after the Games' private security contractor, G4S, was unable to fulfill its obligations as it did not recruit sufficient workers.
Brazil has been taking advice from Canada, which hosted the 2010 Winter Olympics in Vancouver.
"That's how it should be done, as we did: learn from those who were in charge of security for other events before us," Royal Canadian Mounted Police superintendent Kevin Bruyckere said.
"It's important to make the most of what others have done previously to plan security. The relationship between countries and the law enforcement agencies of these countries is very important. I know Brazil is working closely with the international community."
Posted by Ambang Crystal at 22:52