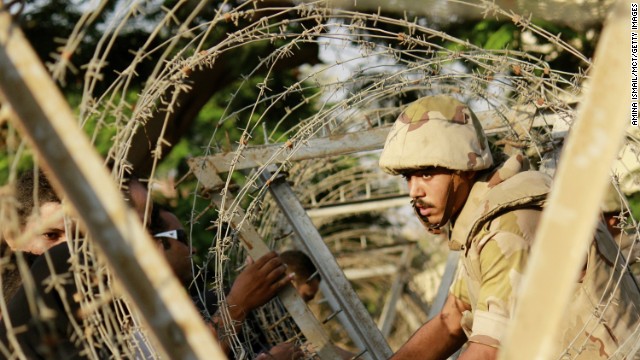 The slaughter of hundreds in Egypt this week was horrifying. The response of the United States to that slaughter seemed puny and impotent. The president and the secretary of state offered strongly worded condemnations, and the United States canceled its participation in a military exercise that probably wouldn't have happened anyway, given the unrest.

Around the world critics suggested the United States was either effectively condoning the violence or sending a strong message that it wouldn't penalize the Egyptian military for this or future harshness. It didn't help that after his statement the president slipped off for a round of golf.
The unnecessarily callous optics of the golf game aside, the unsettling reality is that America's options were puny and likely to have very little effect. Indeed, the White House wisely avoided falling into the trap of "feel good measures:" bold gestures that may resonate but ultimately won't work.
Posted by Ambang Crystal at 01:56