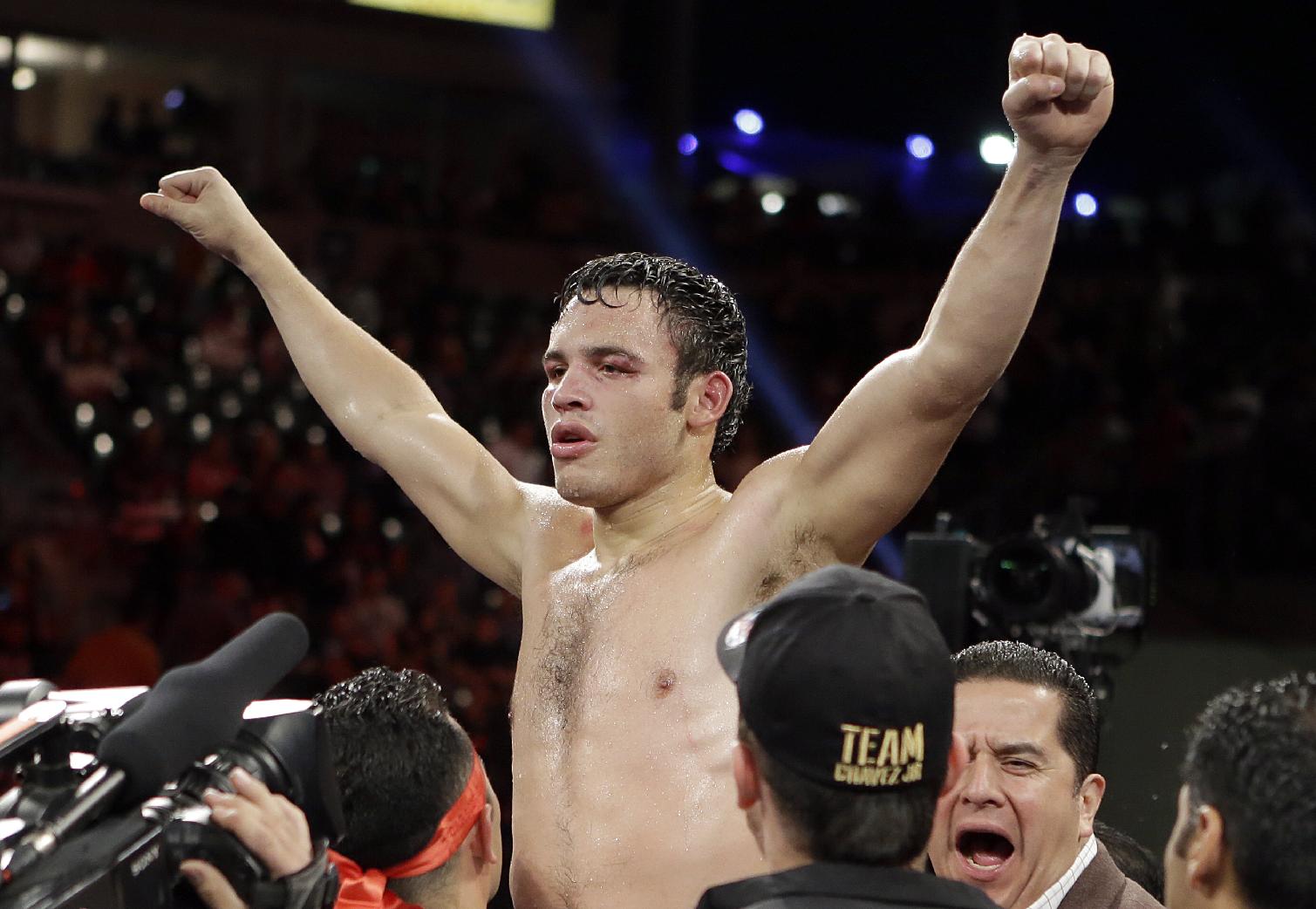 CARSON, Calif. – Two weeks after C.J. Ross sent shockwaves through the boxing world with an incomprehensible scorecard, the judges were at it again.
Ross' even scorecard in the Floyd Mayweather bout on Sept. 14 in Las Vegas caused controversy but ultimately didn't factor into the decision. On Saturday, though, the judging impacted the outcome in a negative way.
Gwen Adair (98-92), Carla Caiz (96-94) and Marty Denkin (97-93) unanimously called the fight for Julio Cesar Chavez Jr. against Bryan Vera, raising boos from the pro-Chavez crowd of 5,206 at the StubHub Center and incensing the Vera camp.
Yahoo Sports scored it 96-94 for Vera, who threw nearly twice as many punches as Chavez and landed 51 more over the course of the 10-round fight.

"The one judge had it 98-92, which basically means that Bryan Vera wasn't even in the fight and they didn't give him credit for a thing he did," Vera promoter Artie Pelullo said. "They gave him no credit for the quality of the fight that he had. It's like he didn't exist. It's unbelievable. I told the commissioner [Andy Foster, of the California State Athletic Commission], 'A judge in Nevada lost her job for doing this kind of thing.' 98-92? 97-93? What are you watching?"


Brian Vera and Julio Cesar Chavez Jr. trade blows during their fight. (AP)
Chavez, whose face was marked up and whose right hand was badly swollen after the fight, complained that Vera fought a dirty fight. He said Vera was head-butting him constantly and hitting him with low blows. Chavez, who said he thought he broke his right hand, clearly landed the harder punches in the fight and staggered Vera late in the eighth round along the ropes during a frenetic exchange.
"I was very close to knocking him out three times in the fight," Chavez Jr. said. "One of the rounds, he was really hurt and it should have been a 10-8 round."
The crowd was overwhelmingly in favor of Chavez, roaring loudly whenever he even came close to connecting with a punch. But when the decision was announced, the crowd booed loudly and chanted obscenities.
Ronnie Shields, Vera's normally even-tempered trainer, raced from the ring after the bout. He said, "I've seen some bad [decisions], and that one is right up there. Every one of these [expletive] judges needs to [expletive] retire."
Shields said Vera executed his gameplan perfectly and clearly outworked Chavez. He said he thought Vera just had to make sure he wasn't knocked out in the final round.
When he heard the scores, he was in disbelief.
"Come on, man!" Shields said. "Bryan won at least seven rounds. I think you can see eight rounds for him, but at least seven. This is [expletive]. Bryan fought a heavyweight in there tonight. Look how big this guy was and Bryan did a great job."
Chavez weighed 172.4 at Friday's weigh-in and appeared close to 190 pounds by the time the fight started. He declined HBO's request to be weighed in the locker room before the bout, as most fighters routinely do.
Chavez used a lot of lateral movement, and a sharp left hook. His weight advantage didn't seem to bother Vera, who steadily moved forward despite Chavez's massive edge in size.
Vera wasn't able to hurt Chavez, but he was able to consistently hit him with clean shots.
"This was the best performance of my career," Vera said. "The weight was never an issue. The gameplan was exactly what we did. I had to take some of the macho-ness out and I was never hurt during the fight."
But Chavez was the bigger star with the far bigger name and, sadly, that determines the outcome more than what goes on in the ring in fights these days.

Julio Cesar Chavez Jr. complains to referee Lou Moret after his fight. (AP)
The judges' scorecards were all over the map and weren't nearly in agreement. There were only three rounds – the fifth, sixth and seventh – that all three judges scored the same. But beyond that, it was a mess. Adair gave Chavez the first seven rounds, while Caiz went the other way and gave the first four to Vera.
There was little consistency among them and they seemed to overlook Vera's higher work rate and connected punches.
Julio Cesar Chavez Sr., the Hall of Famer who trained his son for the first time, scoffed when asked if he thought the decision was correct.
"I know about boxing and have been in this sport all of my life," Chavez Sr. said. "Who connected the best punches? When Bryan Vera did anything against Julio, it was because he was hitting him low and using his head. That's all he did."
Pelullo said Vera will get a rematch on HBO, but that was of little consolation. He lost a fight that most people who saw it at the StubHub Center felt he clearly won, and he won't go into the next match coming off a career-defining win.
That angered Pelullo, who said he wouldn't have been nearly as upset had Chavez escaped with a close decision.
"You know me and I don't get crazy, but that was a travesty," Pelullo said. "He won that fight. If he lost the fight by one point, OK. I don't agree, but OK. But he didn't lose the fight by one point. According to them, he wasn't even in the fight.
"It's bizarre. … Whether you think we won the fight or not, it was not 98-92. It was not 97-93. It's a travesty. The people here were fans, real fans, and they know what they saw. They don't necessarily like Bryan Vera, but they liked what he did. When they heard the decision, they knew it was baloney, too."
The judges are increasingly becoming the story, much more than the fighters. And when that happens, something is wrong.
On Saturday at the StubHub Center, something was very wrong.