Malaysia to fight for three points against Bahrain 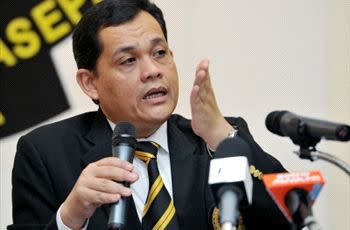 Football Association of Malaysia (FAM) general-secretary, Datuk Hamidin Mohd Amin, has insisted that only a win can give the Malayan Tigers a chance to qualify for the next round.
Hamidin stated that the national team must use the home advantage to collect at least a point despite a tough task against Bahrain on Tuesday night.
According to Utusan, Hamidin said: "I hope the game against Bahrain will be our kick-start in the campaign by collecting maximum points as well as improving ourselves in order to have a chance to qualify for the Asian Cup in 2015.
"All other teams in ASEAN have yet to collect any points so we must use this opportunity to collect three points."
Hamidin also voiced out his faith in national coach Datuk K. Rajagopal to come up with the right strategy despite missing a few key players in the team.
He also said that there are more than enough players to replace the injured ones, and he is ; hoping that playing on Aidiladha would not be an excuse for the players to underperfom.
Malaysia will face Bahrain on Tuesday night at the Shah Alam Stadium where a loss could end the nations' hope of qualifying for the 2015 Asian Cup in Australia.
;
Posted by Ambang Crystal at 11:46